A Time for Doughnuts

Doughnut Economics is a book full of ideas for 21st century economies and since it was first launched in 2017 many people – from teachers, artists and community organisers to city officials, business leaders and politicians – have said they want to put the ideas into practice, indeed they are already doing it.

The iconic Doughnut framework sets a goal of operating within safe social and planetary boundaries. It is a playfully serious approach to framing that challenge, and it acts as a compass for human progress this century.

Kate and her team we are launching Doughnut Economics Action Lab (DEAL) to help make this happen. The start-up team is currently working on building a collaborative platform so that this emerging community of changemakers can connect, share, inspire and get inspired, with all the different ways that people are putting the ideas of Doughnut Economics into action.

As well as Amsterdam’s Doughnut, there are already other Doughnuts out there – and this period of great change, transformation and recovery is the perfect time to revisit them.

Kate Raworth’s Doughnut Economics work began during her time at Oxfam, and the NGO has developed Doughnut frameworks and tools for Wales, Scotland, the UK and South Africa.

The Welsh Doughnut 2020 offers many insights into the current situation in Wales and where the government and others could prioritise in order to work towards building a wellbeing economy. 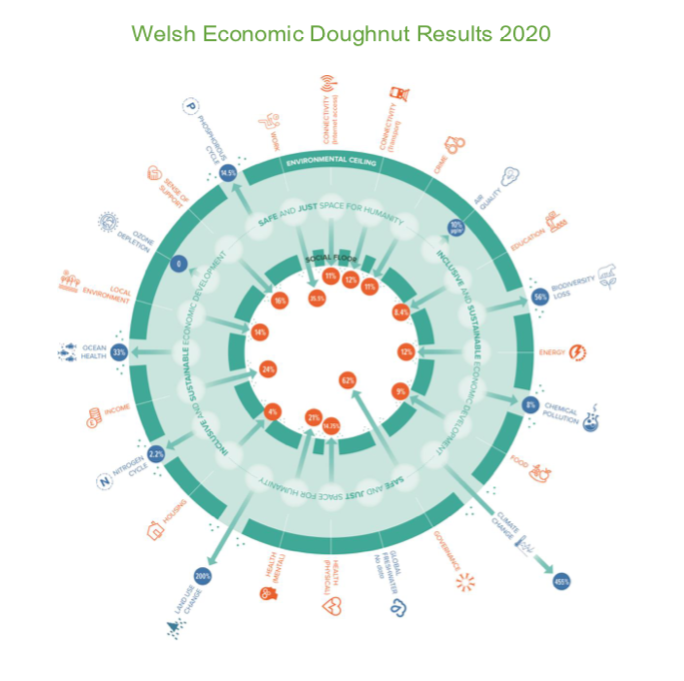 If you’re interested in exploring a Doughnut framework where you are, you can let the Doughnut Economics Action Lab know by filling in this short form.

In the meantime, check out the rich resources that are the existing Doughnuts – and if you’re working on building a wellbeing economy of those locations, make sure that decision makers are aware of the Doughnut analysis that’s already been carried out.

The post A Time for Doughnuts appeared first on Wellbeing Economy Alliance.

Katherine Trebeck talks Building Back Better with the RSA