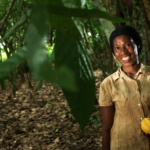 ‘If we share what we already have more fairly, we can improve people’s lives right now without having to plunder the Earth for more. Fairness is an antidote to the growth imperative.’   Jon Hicks[1]

Most consumers have heard of the term ‘Fair Trade’ even if they don’t fully understand what it means[2].During the noughties the Fairtrade label became increasing prominent on our supermarket shelves, with brands such as Café Direct and Divine Chocolate– companies founded on fair trade principles – offering a range of premium, ethical hot beverages and confectionery. At the same time big global corporations such as Mondolez (Cadburys) adopted the Fairtrade certification scheme, whilst major high street retailers – Sainsbury’s, Tesco’s, M&S and even low costs names such as Lidl and Aldi – also joined the independently audited labelling initiative. It seemed that the consumer had easy access to and was choosing to make ethical purchasing decisions that put people and planet before profit margin.

Then things seemed to change. Alongside ‘ethical consumerism’ came low cost price wars between food brands and retailers as margins were squeezed. In this environment, the Fairtrade certification scheme was ditched by several significant brands and retailers in favour of cheaper ‘ethical labelling’ initiatives, including in-house labels such as Cadbury’s ‘Cocoa Life’.  Whilst arguably better than nothing, many such schemes are not independently or as vigorously audited, particularly in relation to human rights issues. In 2017 several large chains withdrew from licensing their own brands as Fairtrade due to the costs of the scheme. Overall, Fairtrade sales in the UK do (still) continue to grow and at the end of 2019 the UK household groceries sales of Fairtrade labelled products stood at nearly £798 million[3]. However, this figure represents a 5% decrease since 2017, whilst in Scotland the decrease on shopping basket sales of Fairtrade goods was 9%.  Consumer choice and visibility of ethical brands has been significantly diminished.

Meanwhile B Corps like Divine Chocolate, which turns over £16 million in sales and is 45% owned by a Ghanian farmers’ co-operative, now find the majority of its sales come from the non-UK market. Such Fair Trade Organisations have found it hard to maintain their UK market share, with major retailers ‘choice editing’ to reduce the premium offers on shelf, in anticipation of consumer demand for lower pricesAnd whilst it is commendable that low cost retailers have maintained the Fairtrade label on own brand coffee and chocolate, it’s worrying that these same companies score abysmally in independent reviews of their human rights and environmental practices, as revealed by Oxfam’s latest findings[4] .

How is this relevant to the Wellbeing Economy movement?

In an independent review of Fair Trade in Scotland carried out for the Scottish Government’s International Development division in 2019, we found  compelling arguments for closer alignment of the Fair Trade movement with WEAll’s goals. Just as the Wellbeing Economy Alliance advocates transitioning to economic models where ‘humanity defines economics not the other way round’[5], so fairness and equity in trade aims to address the inequality of the world’s most marginalised communities directly suffering the consequences of richer countries’ consumption.  Fair Trade argues for an equitable trading model where social impacts take precedence over economic indicators such as GDP growth.   It is a “a multifaceted political and economic phenomenon, driving and catalysing change in the way business is done, how consumers consume and how producers produce’[6].

For those seeking to influence the conversation on more equitable economic models, efforts to achieve sustainable livelihoods for the world’s most marginalised producers, often women, cannot take second place to domestic concerns. It means advocating for wellbeing policies and fair business practices at national level and informing the way we relate to our trading neighbours internationally. Wellbeing in relation to trade has to impact on much more than governments’  international aid efforts and rather focus on the manner in which our public and private agencies procure, the rules of engagement for doing business with social enterprise (such as B Corporations and FTOs) and the prioritisation of dignified  and equitable trading relationships through EU and global trade rules.  It is not enough to use the Global Goals to interrogate a country’s domestic approach to inclusive economy, though this is a good start.

Scotland’s National Performance Framework[7] (NPF), has developed wellbeing indicators alongside more traditional GDP based growth measures, but it needs to view each indicator through a global lens in order to achieve real economic change. The Scottish Government’s Fair Work policy, for example, is reflected in the NPF and incorporated within a ‘Scottish Business Pledge’ to which Scottish business can subscribe.  It could be reflecting a global perspective in the way Scottish business interact with international labour markets, if it were to incorporate Fair Trade principles such as fair payment, good working conditions, no discrimination, gender equity and freedom of association into the way business is done internationally. All of these are Fair Trade principles, as can be seen in the figure below. 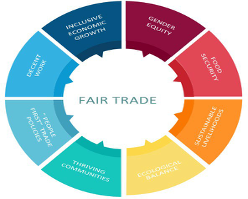 Using Fair Trade Principles as their ‘SDG+’ benchmark, governments aspiring to the Wellbeing Economy vision, including Scotland, can be more ambitious in challenging how their own statements about wellbeing translate into practice globally; it is not enough to speak of putting wellbeing first domestically, whilst championing business growth predicated on export and import practices which perpetrate environmental and human rights abuses.   Disrupting the status quo on the way we do business as nations requires a multi-pronged approach across education and upskilling of our workforce in public, private and third sectors; it requires serious support for ethical business models, and a recognition that as electorates we are increasingly aware of the complexities and ethical challenges of our purchasing choices and those which our Governments make on our behalf. 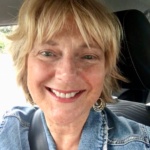 Pauline Radcliffe was the lead author of the Independent Review on the Future of Fair Trade in Scotland for the Scottish Government International Development division, published February 2020. This review included an interview with WEAll Scotland trustee Sarah Deas.

[2] In Scotland 90% of those surveyed in 2016 had heard of Fair Trade; across the UK, 83% consumers stated that they would trust the Fairtrade Mark; .

Reading your way to a wellbeing economy: 20 recommended books