Linwood, Scotland: a microcosm of the beginnings of a wellbeing economy 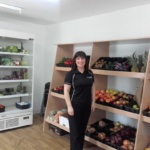 ‘With your support we kept going, what else were we to do?’ Linwood as a microcosm of the beginnings of a wellbeing economy (click to download PDF) 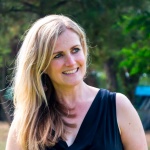 For any new idea to be supported, let alone adopted, it needs to be visualised.

Sometimes that is via story telling that offers a coherent and compelling narrative. Sometimes that will be by seeing the idea played out in practice and getting a sense of what it looks and feels like.

Ideally, it will be both.

This applies to the diverse movement working to build a wellbeing economy: we need to work upwards from practical experience and outwards from conversations that open up people’s sense of the possibility that the economy can operate for, rather than against, humanity.

Rarely though (under the current economic system), is it possible to see the richness of an idea embodied in so many dimensions in one place. Fortunately, in Linwood, a town of just over ten thousand people on the outskirts of Glasgow in the United Kingdom, efforts to build what can be described as a wellbeing economy can be seen in action.

The Linwood story encompasses not just what a wellbeing economy might entail, but also why such a new economic model needs to be built, in Linwood and beyond.

In many ways, the story of Linwood reflects the story of the global economy. It has powerful actors in the form of corporate and institutional protagonists. And it has those who suffer from an economic model misaligned with what people need: local families who just want to get on with their lives and buy produce locally, play football on local pitches, share a cup of coffee together in a local cafe, and feel that the economy with which they interact is working for them.

The characters in Linwood’s story include heroic women fighting against an impersonal bureaucracy. It has heartache and triumphs, and its long history is still ongoing with the possibility of another instalment just around the corner.

Rather than telling the story of Linwood in a chronological sense, its story of the last few decades is set out here via challenges and objectives that will be familiar to those in the wellbeing economy movement around the world:

Together, the story of Linwood provides hope that a wellbeing economy can be built in the face of system resistance, by a few determined people with their eyes set on an economy that works for them.

The post Linwood, Scotland: a microcosm of the beginnings of a wellbeing economy appeared first on Wellbeing Economy Alliance.