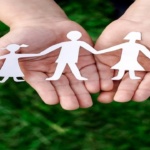 “Public health isn’t often the first thing you thing you think of when talking about the economy. But, public health in Scotland is changing and we must do things differently across all the factors that have an influence on our health.

“Living in poverty is hard and damaging to our health. Having sufficient money is one of the many things that matters to health, along with being socially connected, feeling safe and secure, living comfortably and access to sustainable services. All of these are at the centre of a wellbeing economy and are part of the inclusive right to health.

“Moving towards a wellbeing economy where health, wellbeing and people-led outcomes are the drivers for all policies is a needed shift for everyone to have a fair chance to thrive. It’s a welcome change that puts the wellbeing of people in Scotland first and GDP second. When people are well and thriving, so will the economy. ”

“A wellbeing economy is one that delivers for people and planet. Our current economic system is not doing this – it is creating physical and mental health issues. We have designed the economy this way, so we can redesign it with a different purpose; that of collective wellbeing.  We welcome NHS Health Scotland’s support for systems change such that the economy delivers good lives for people first-time around, rather than requiring so much effort to patch things up.”

The economy plays an important role in our health and wellbeing. Today, Gerry McCartney @gerrymccartney1 met with the Poverty and Inequality Commission @povinequalscot to explore a wellbeing approach to Scotland’s economy alongside @WEAll_Alliance pic.twitter.com/dEz7hxG9sn

New TEDx talk by Katherine Trebeck: Why the future economy has to be a wellbeing economy