Wellbeing Economy on the agenda for Citizens’ Assembly of Scotland 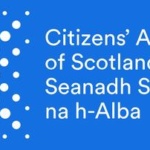 WEAll’s Katherine Trebeck was a featured guest speaker at the latest session of the Citizens’ Assembly of Scotland, on Saturday 18 January.

The Citizens’ Assembly of Scotland (the Assembly) is a group of 100 citizens from across Scotland that are broadly representative of the country and are coming together to address the following three questions:

The session on Saturday was the Assembly’s fourth meeting, and it focused on sustainability – applying economic, social and environmental lenses to Scotland’s sustainability challenges.

Katherine was invited to address the Assembly and outline the vision of a wellbeing economy, the role of growth and WEAll’s ideas for Scotland’s future.

You can watch the whole session on the Assembly’s Facebook page here (or below) – Katherine’s contribution starts at 30:53.

Posted by Citizens' Assembly of Scotland on Saturday, January 18, 2020