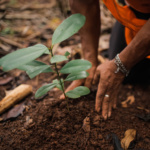 What do we want? To save the world!

When do we want it? Now!

It was easy to be caught up by the exuberance of the Climate Strikers and Extinction Rebellion last Spring. Greta took many of us by surprise – a determined Swedish Joan of Arc campaigning solo against climate change. Who could forget her on the stage at Davos next to the venerable Sir David Attenborough, the old and the young united in purpose – calling for “a plan”? But as yet no masterplan has appeared to rescue the natural world and moderate climate change. And so, as we feared, the alarming decline continues.

For far too long an environmentally unaccountable economic juggernaut has dragged us towards a precipice of environmental collapse. But now the cohorts of climate protest have done something truly worthwhile- they have lit a beacon that will now be impossible to extinguish. However, it is vital that this beacon shines on the right place– the interface between economics and the natural world. The philosophical ground has been laid by Raworth, Klein and Occasio-Cortez and others. Their arguments are heartfelt, compassionate and elevating: the goals are admirable. Nevertheless, even the Green New Deal is as yet only a list of aspirations. We still lack the all-embracing blueprint for a practical, immediately realisable green economics revolution that doesn’t plunge the world into economic chaos. So where do we find that?

I’ve been searching for that blueprint for a long time, and I discovered it has been right under our noses all the time – in Nature itself.

It’s several decades since I first got seriously worried about what was happening to the environment and began the journey that eventually led to the publication of my book, Junglenomics, earlier this year. For years I suffered the pains of the ‘eco-anxiety’ that the American Psychological Association now recognises as a mental condition and describes as “a chronic fear of environmental doom”. Rachel Carson drove the nails in deeper. I may have been hard to live with sometimes, I admit. I found it difficult to see a future worth having children for (though I’m forever grateful to my wife for ignoring me!). Then I came across an old book, “How to Stop Worrying and Start Living”, by Dale Carnegie. Two pieces of advice stick in my mind: “compartmentalise” and “one step at a time”. The book taught me that you have to take control of your fears, not wallow in them. To do that I realised I needed to understand why we humans destroy the natural world that we depend on for our very survival. Not the superficial why- “greed” for example, but the genetic, developmental, anthropological why. “Look deep into Nature”, Einstein said, “and then you will understand everything better”. Few wiser words have been uttered. Yet I was to find that Nature not only helps you understand, it also provides solutions.

I began to see who we humans are in the big scheme of things: for example, that we are genetically driven to colonise resources, like all our ancestors before us since the beginning of life. I also came to realise that we live in an “economic ecosystem” that is an extension of natural ecosystems, with us as its “species”. But we aren’t tied to one niche like wild species: we are avatars, able to slip from one niche to another. Here, evolution is provided by ever more rapidly advancing technology and the new jobs it creates, while the out-dated go extinct.

And there lies the problem: our economic ecosystem has evolved too fast and too far to develop the fine synchrony that takes ecology millions of years to achieve; too fast in particular to build the checks and balances that in ecosystems keep species from destroying their environment. The chief reason our economic ecosystem has got so out of balance with the natural world is therefore because, unlike in ecosystems, polluters and degraders are divorced from the consequences of their destructive behaviour, so their own viability isn’t directly diminished by it. In ecosystems, “detritivores” have coevolved with potential polluters to clean up and recycle their outputs, each working for its own profit, innocently colluding to transfer nutrients back down into the soil to begin their life-giving journey once again. In contrast, markets have been free to degrade the environment yet thrive.

This is foremost an economics issue therefore. The power of markets, expressed through our ancient resource-hungry genes, now needs harnessing to work for the environment not against it, and until markets are subjected to the same economic disciplines found in ecosystems, the decline will go on.

There is of course much more to this, but the really exciting thing about this ecosystem approach is that it at last provides real beef- a manifesto covering all areas of the economics-ecology interface that any enlightened government could begin tomorrow: for example “Robin Hood” levies that take from polluters to fast-track a green tech revolution, and investment instruments that permanently protect important wilderness in return for infrastructure capital that benefits the poorest.

I believe passionately that if we can get our leaders to adopt it, such “ecosystem economics” could get us back in synch with the natural world before it’s too late. 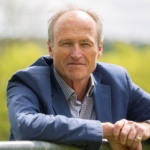 Simon Lamb is the author of Junglenomics: Nature’s solutions the world environment crisis: a new paradigm for the twenty-first century and beyond

You can find the “12 Core Principles of Junglenomics”, and the “60-point manifesto for an environment-saving economics revolution” at https://junglenomics.com

4a. The unseen potential of community