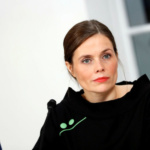 As governments are slowly turning their focus from raw GDP-driven measurements toward well-being criteria when judging economic success, the demand for progressive social justice policies is increasing. This is why many policymakers are examining how Iceland, which enjoys a relatively strong economy, has made gender equality a core part of its domestic and foreign policies.

The campaign for women’s equality in Iceland has demanded government action to liberate women from social structures that have kept them down for centuries. This includes legislative changes for women’s sexual and reproductive freedoms as well as robust equality laws and gender quotas for corporate boards.

But it has also required policies that are, in conventional economic terms, considered extremely expensive. And the price tag still prevents many governments from adopting them. The key topics here are universal childcare and shared parental leave. If applied properly, these policies have the potential to change the makeup—and the rules of the game—of both the public and the private spheres. Why? Because they enable women to participate in the labor market and public decision-making, while making space for men to share domestic responsibilities. Yet these family-friendly policies have not won the global support they deserve and are seen by many as a vast opening to profligate public spending.

Fifty years have elapsed since Robert Kennedy rightly said that GDP measures everything except that which makes life worthwhile. Economics is nonetheless still centered on the measurable, dividing government outlays into two categories: expenses and investment. This dualism classifies money spent on physical infrastructure as an investment and, therefore, worthy of public monies. On the other hand, social infrastructure is branded as expenses or operating costs, preferably the first in line to be cut. Yet these are the structures that sustain us from (before) birth to death and create the conditions that make life worthwhile.

Interestingly, physical infrastructure—roads, tunnels, buildings—is often the platform for men’s employment, while women are much more likely to be employed in services associated with social infrastructure—education, childcare, health care. By focusing on physical infrastructure to the exclusion of social infrastructure, economists and policymakers ignore an obvious truth: we need both in order for our societies to thrive and develop. What is a school building worth without quality education for all? What is a hospital building without the people providing the health care? And what is the value of a road or a tunnel in a society where illiteracy prevents social mobility?

In this narrow view of the world, it is not surprising that universal childcare and parental leave are considered luxuries rather than essential features of a successful economy. In fact, however, they are an integral part of building a society where everyone can flourish. If there is anything that people living in the 21st century—the century of gay liberation and women’s liberation, to name two—should know better than those living in the previous one, it is the benefits of liberating people from predesigned social norms and structures.

There is a striking difference between women’s labor participation in countries where childcare is available and affordable, and in countries where women are forced to choose between family and career. Where the costs of childcare are high, mothers in lower-income groups cannot afford to work. To be sure, a cultural shift could enable families to turn away from the traditional male breadwinner model. But the gender pay gap will continue pushing men into work while keeping women at home. And as long as our societies are constructed in such a way that women need to take long breaks from work to care for their families, this pay gap will remain as persistent as ever.

In recent decades, the Nordic countries have developed shared parental leave schemes that offer a specific “use-it-or-lose-it” portion for both parents (including same-sex couples and adoptive parents). The Icelandic model—funded by government and businesses—offers three months of leave to each parent and an additional three months that can be divided between the parents however they choose. My government will extend this entitlement further. This is part of a broader effort aimed at closing the gap between parental leave and publicly funded, high-quality day care now starting at the age of two, a gap that is now mostly covered by subsidized childminders.

The current model has been implemented in stages since 2000 and has—along with universal childcare—transformed Icelandic society while simultaneously boosting the economy. A shift in mind-set has occurred: families now consider parental duties and care the equal responsibility of both parents. Fathers have formed better relationships with their children, and the old excuse that women cannot be hired or promoted because they will (all!) drop out of the labor market no longer holds water. On a personal note, I would not be both a prime minister and a mother to three wonderful boys if not for my country’s family-friendly policies.

Does this mean that Iceland has cracked the code and that everybody enjoys equal rights and opportunities? Unfortunately, it does not. The gender pay gap still exists, and jobs typically held by women are still undervalued and underpaid in a labor market that remains far too gender-segregated. We have not managed to eradicate violence and harassment, and our children are subjected to gender stereotypes just as children are everywhere in the world. But we have made progress. Women’s labor force participation is around 80 percent, or a bit below men’s 87 percent, and yet it still roughly matches the Organisation for Economic Co-operation and Development average for men. The extensive economic activity of all genders is one of the key ingredients in Iceland’s economy, where the unemployment rate is remarkably low at only 2.9 percent.

The inclusion and liberation of the many, rather than the few, is the right thing to do not only from a social justice perspective but also from an economic perspective. It is one of the many reasons Iceland is now taking part in the group of Wellbeing Economy Governments, working toward sustainability and well-being for all, within the context of the United Nations’ Sustainable Development Goals.

Gender equality is an important part of this agenda, and it does not come about automatically. It requires an ideological vision, political struggle, and action on the part of governments, businesses, and social groups. The liberation of women and minority groups continues to be one of the urgent tasks of today’s politics. We must forge ahead with progressive economic policies that defy common stereotypes about costs and benefits and keep on promoting gender equality as part of a forward-looking social justice agenda. Our generation will be judged by how we succeed on this front.