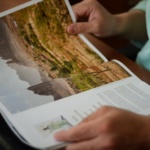 WEAll members and partners have collaborated to publish a new academic paper in the journal ‘Sustainability’ on the wellbeing economy.

The authors explain the article as follows:

Increasingly, empirical evidence refutes many of the theoretical pillars of mainstream economics. These theories have persisted despite the fact that they support unsustainable and undesirable environmental, social, and economic outcomes. Continuing to embrace them puts at risk the possibility of achieving the Sustainable Development Goals and overcoming other global challenges. We discuss a selection of paradoxes and delusions surrounding mainstream economic theories related to: (1) efficiency and resource use, (2) wealth and wellbeing, (3) economic growth, and (4) the distribution of wealth within and between rich and poor nations. We describe a wellbeing economy as an alternative for guiding policy development.

In 2018, a network of Wellbeing Economy Governments (WEGo), (supported by, but distinct from, the larger Wellbeing Economy Alliance—WEAll) promoting new forms of governance that diverge from the ones on which the G7 and G20 are based, has been launched and is now a living project. Members of WEGo aim at advancing the three key principles of a wellbeing economy: Live within planetary ecological boundaries, ensure equitable distribution of wealth and opportunity, and efficiently allocate resources (including environmental and social public goods), bringing wellbeing to the heart of policymaking, and in particular economic policymaking. This network has potential to fundamentally re-shape current global leadership still anchored to old economic paradigms that give primacy to economic growth over environmental and social wealth and wellbeing.

You can read the article in full here.

Call for proposals: can you help us tell the biggest story yet to be told? (UK)