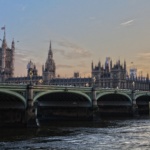 On Wednesday 10 July, Caroline Lucas MP secured a debate in the UK House of Commons about ‘Economic growth and environmental limits’.

The Green MP made a powerful speech, focused on “why and how our current economic model, which puts GDP growth above everything else, must change fundamentally, fast.”

Quoting Greta Thunberg’s famous statement that ‘our house is on fire’, Lucas argued that “the GDP growth obsession is the obstacle blocking the door to the emergency exit.”

Speaking on behalf of the UK Government, The Exchequer Secretary to the Treasury Robert Jenrick gave a response which continued to be centred on economic growth, stating that “it is now more important than ever that the Government and institutions such as the Treasury, which is at the heart of this debate, confront head on the question of how we continue to grow the economy while protecting our environment and tackling climate change.”

However, Jenrick did agree with the importance of moving beyond GDP, going on to say that “GDP undoubtedly has its limitations and should not be seen as an all-encompassing measure of welfare and wellbeing, and we entirely accept that it was never designed to be”.

Representatives of other parties taking part in the debate also supported this sentiment.

Ahead of the debate, Caroline Lucas published a piece in Politics Home which set out her arguments in full detail, and referenced Katherine Trebeck’s ideas as well as those of other WEAll members and partners.

Considering alternatives to GDP, she wrote: “To do all this we need to start measuring what matters. The economist Katherine Trebeck has one suggestion: ‘Why not get countries to measure the number of girls who bicycle to school? What clearer yardstick could convey so much about progress in women’s education, green transport, health and poverty alleviation in a single number?'”

Both in the article and in the Westminster debate, Lucas heavily cited the new report from WEAll member The European Environmental Bureau (EEB)  which demonstrates that efforts to decouple economic growth from environmental harm, known as ‘green growth’, have not succeeded and are unlikely to succeed in their aim.

The full transcript of the Westminster debate can be accessed via Hansard here.