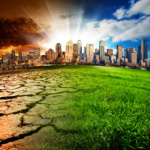 Last month both Edinburgh and Glasgow City Councils passed motions on the value and importance of prioritising the shift to a wellbeing economy. WEAll Scotland is delighted at this recognition of wellbeing economics by Scotland’s two largest cities, and looks forward to working with both councils to support their efforts in this space.

Claire Miller, Green member of City of Edinburgh Council, was successful in June at getting agreement to look at wellbeing measures of economic activity. This was supported by the SNP, Labour and Lib Dem groups. The council has a five-year economy strategy which monitors a range of indicators, and has a fairly traditional approach to economics – a focus on growth. Claire’s work means these indicators can be reviewed, but it will rely on the advice and advocacy of people working on wellbeing economics, as the council wants to use external expertise on this subject. To get in involved in this, you can email Claire at c.miller@edinburgh.gov.uk

Committee: “Notes the benefits of measuring economic success using wellbeing and the potential synergy of wellbeing measures with this Council’s economy strategy, which is to build inclusion, innovation and collaboration in the city’s economy.

Calls on officers to identify ways in which wellbeing measures can be incorporated into and strengthen the economic aims of this Council, and to make recommendations to the relevant executive committee(s).

Notes, in addition, that the City Region Deal is a key driver of the regional economy for decades ahead and, within the evaluation framework for the City Region Deal, seeks opportunities to develop wellbeing measures of economic performance where it is possible for Edinburgh to influence its regional partners.”

In Glasgow, Green Councillor Jon Molyneux was also successful in raising a motion, as follows:

“Council notes that its strategic plan aims to support inclusive economic growth and understands that work is underway to develop ways of measuring and articulating that better. Council believes this work is urgent in light of the recent Poverty and Inequality Commission report which concluded that very little has changed in how the inclusive economic growth agenda is being delivered since it became national policy four years ago.

Council understands there is growing consensus that GDP and other economic output measures are inherently inadequate due to their failure to reflect economic inequality, human wellbeing or environmental impacts, and their prioritisation of private riches over public wealth. Council commends the work of the Wellbeing Economy Alliance and others who are advancing alternatives to GDP and notes that New Zealand – one of the comparator economies for Scotland highlighted in the Growth Commission report – has started to embrace wellbeing economics and has published what has been described as the world’s first wellbeing budget.

Council further understands that the climate and ecological crises highlight the urgent need for economies to adapt so they function within finite planetary limits.

Council believes there is a compelling case to consider how concepts of wellbeing economics and degrowth can inform the city’s future economic strategy and therefore resolves to create a cross party working group to take evidence from appropriate experts and report back to an appropriate committee within the current calendar year.”