An economy for Scotland that’s better than growth? by Katherine Trebeck 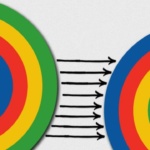 This piece was originally posted by Enough

In 1983 President Reagan declared, ‘There are no great limits to growth because there are no limits to human intelligence, imagination and wonder’.

That was an era when students were striking against the risk of atomic war, when celebrities sang that aid and charity from the west would ‘feed the world’.

It was a time when the scientific community was building a strong evidence base about hydrofluorocarbons that resulted in political agreement (the ‘Montreal Protocol’) to eradicate their use in order to protect the ozone layer.

Today, some three decades on, thousands and thousands of students around the world are striking against the inadequate political response to the climate crisis.

Today, both celebrities and companies are being called out for tax evasion which undermines state budgets for health and education in the UK and around the world.

And the scientific community is not only warning against the 6th mass extinction, it’s building an evidence base that the link between economic growth and environmental impact is real. The recent Global Assessment pulled no punches in saying: ‘A key constituent of sustainable pathways is…steering away from the current limited paradigm of economic growth’.1

Only calling for our current economic system to be decarbonised ignore such biodiversity losses. They also ignore the evidence

This is the unfortunate reality for proponents of a technological saviour scenario or green growth (which, in a way, is the macroeconomic equivalent of greenwashing).

Community groups and scholars alike are also pointing to the mounting evidence that economic growth is not an automatic contributor to equality of opportunity, despite the claims of hundreds of economics text books and so many politicians in the UK and around the world.

How would such claims go down with communities in Scotland who haven’t seen many drips trickling their way from the growth in Scotland’s GDP in the decades since Reagan was President?

How would it sound to the people who have to turn to food banks after a shift at work because the economic activity on offer isn’t enabling them to feed their families?

How would it sound to the streets of Scotland where life expectancy is more than fifteen years below that of the rest of the population, where amenities are crumbling, and opportunity is restricted by deeply unequal outcomes?

And yet, in spite of such contemporary realities, thinking from the Reagan era lives on – on our airwaves, political debates, and even in our mindsets.

Just over 12 months ago, a report was published on behalf of the SNP and voted on at their 2019 spring conference, the product of the “Sustainable Growth Commission”.

The 354-page document contains some useful and progressive proposals – not least its framing of tax as an investment and welcoming the role of migrants in Scottish life.

But the very premise of the report has been inadequately discussed and the critique of it thus far has focused on Scotland’s currency post-independence, with even some of the currency arguments being framed according to their impact on GDP growth.

Turning the pages reveals that the report focuses on “sustainable” in the “perpetual” sense of the term, not the “taking into account environmental limits and so operating in a way to respect and regenerate the ecosystem” sense of the term.

The latter doesn’t make for such a catchy title, but the former sense and the agenda of the report itself needs to be re-examined in light of scientific consensus around climate change, youth outrage at political intransigence, and the failure of a growth-orientated model to deliver for enough communities in Scotland.

The Growth Commission points to New Zealand’s economy over the last decade or so as something to emulate, despite New Zealand’s concerted efforts to move away from its recent growth-ist orientation and instead build a wellbeing economy. As Prime Minister Jacinda Ardern says:

people look [at our GDP] and say ‘you’re doing OK’. But we have homelessness at staggering rates, ones of the highest rates of youth suicide in the OECD and our mental health and wellbeing is not what it should be. We need to address the societal wellbeing of our nation, not just the economic wellbeing.

These words could easily apply to Scotland. Instead of persisting with an economic model that our Kiwi friends are discarding, we should accompany them in imagining and creating an economy more suited to the environmental realities of our age and which does more to ensure the economy works for all, not just the privileged few.

And in many respects, Scotland is pioneering a new way, recognising that our economy can be one that is better than growth. They entail efforts to make the economy circular and businesses more inclusive. There is cross-party support for broadening the notion of national success towards a broader set of goals via the National Performance Framework and, just recently, a shift in the goal of Scottish Enterprise towards supporting businesses that deliver quality jobs, wellbeing and tackling inequality. And Scotland is showing leadership in convening the new Wellbeing Economy Governments (WEGo) initiative

Yet, despite these highlights, the Growth Commission sits alognside a long list of examples that illustrate ubiquity of the growth-ist mindset.

You see it in the almost ubiquitous talk of boosting Scotland’s productivity – without exploration of:

You read about the growth-ist mindset each time there is a news report that compares Scotland’s GDP to that of the UK or the OECD, every time a financial analyst makes predictions for the Scottish economy and all they consider are future GDP and simple employment numbers.

You see it in the business case being made for gender equality or addressing poverty (“it’s a drag on the economy”).

And you hear the growth-ist mindset every time we have a nice adjective stuck in front of growth: ‘inclusive’, ‘green’, ‘low carbon’, ‘shared’.

These at least concede that growth comes with environmental and social collateral damage. But these new ways of framing growth show our collective mind has been so tuned to growth, our imaginations so limited, that the best we can do is put an adjective in front of it.

Expanding our collective imagination to encompass the possibility and the necessity of a post-growth economy that serves people and planet requires updating Reagan’s quote for the 21st Century and using our limitless imaginations, wonder, and human intelligence to build an economy that is better than growth.

It means, to cite Gramsci, massively rejigging the ‘hegemony of the common sense’.

The Enough! Project is a vital much needed driver of that rejigging: multifaceted, grassroots focused, with eyes firmly on reframing the discussion and collaboration for change.

And the Enough! framing can be applied to the significant shifts needed in how things are discussed and done in Scotland:

And enough of not recognising that while we have enough resources, we certainly don’t have enough of sharing and cherishing them.