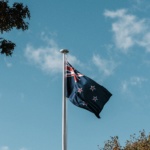 New Zealand has been making headlines this week after announcing its new Wellbeing Budget.

The government of New Zealand says it is “is committed to putting people’s wellbeing and the environment at the heart of its policies, including reporting against a wider set of wellbeing indicators in future Budgets.”

The official website of the New Zealand Government goes on to state:

“The Budget provides an annual opportunity to review New Zealand’s performance across some high-level indicators, place the Government’s programme within the context of the economic and fiscal outlook, set out the Government’s strategy for the future and draw links to specific actions that have been, or will be, taken.

Budget 2019: The Wellbeing Budget, will broaden the Budget’s focus beyond economic and fiscal policy by using the Treasury’s Living Standards Framework to inform the Government’s investment priorities and funding decisions. The Government will measure and report against a broader set of indicators to show a more rounded measure of success, as a country and as a Government. This will be supported by Budget processes that facilitate evidence-based decisions and deliver the Government’s objectives in a cost-effective way. The Wellbeing Budget represents an important step towards embedding wellbeing in New Zealand’s public policy.”

Find out more about the budget on the website here.

Read The Guardian article about the new budget here.

New Zealand is one of the founding members of the Wellbeing Economy Governments initiative, alongside Scotland and Iceland.